The ABCs of Crowdfunding 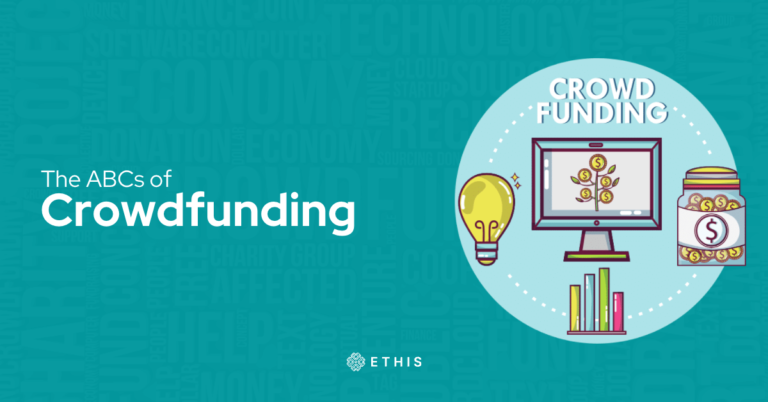 Crowdfunding basically refers to the practice of funding a project by raising small amounts of money from a large pool of people. This is mostly done via the internet though its antiquity goes back to much earlier times.

One of the earliest examples of crowdfunding comes from the times of Prophet Muhammad (Peace be Upon Him) himself. Therefore it has clear Islamic precedents which also goes well with the Islamic concept of the welfare state. In fact, it was used for the manumission of a very prominent companion of the Prophet (PBUH), Salman al-Farisi, this erstwhile Persian slave entered into a contract of freedom with his master in return for three hundred palm trees which he had to plant for him.

The Prophet (PBUH) told his companions: “Help your brother.” And they rushed to provide him with the palm trees, each according to what he had until they had collected three hundred trees for him when the Prophet (PBUH) came and planted them with his own hand. One may suppose that throughout history, there have been many such instances of crowdfunding in the Muslim world.

Although the concept has been known from at least medieval times, the word crowdfunding itself seems to be a recent development. According to wordspy.com, the earliest recorded use of the word dates back to August 2006. The most phenomenal use of it in modern times was perhaps the brilliant presidential election campaign of Barack Obama, a campaign that changed the course of American politics.

The Internet-based campaign introduced the concept of each person contributing a small amount of just US$1 per person to fund it. Not only did it allow Obama to collect enormous sums of funds for his campaign, but one may suppose it to some extent freed US politics of the influence of wealthy, powerful donors and various lobbies and interest groups.

Crowdfunding shows promise today more than ever before to fund worthy causes, ventures or projects. Modern technological developments have made this not only possible but a very simple process. By harnessing the power and reach of the internet through dedicated websites and platforms, companies can engage crowds to fund ideas, noble causes and even environmental projects wherever they may be based.

This gets small funders psychologically engaged with projects on a more personal level, identifying with a particular cause and giving them a sense of satisfaction that they have been to some extent instrumental in the success of a venture or project, especially one that gives social benefit such as a medical invention or peace-building program. This in turn gives them a sense of worth, belonging and anticipation. It also frees causes and companies of the influence of lobbyists and big investors. As importantly it allows startup companies to raise funds without giving up control to venture capital investors.

Most importantly however is the fact that it overcomes the strictures and red tape of banks that make obtaining funds such a tedious, often fruitless endeavour, for a small start-up or business seeking to expand. Banks still very much remain a rich man’s club, facilitating the rich to get richer and widening the gap between rich and poor. Thus crowdfunding is being increasingly resorted to by a wide range of start-ups including those seeking venture capital in a seamless yet transparent manner.

In fact, the World Bank has published a report titled “Crowdfunding’s Potential for the Developing World” and looks upon crowdfunding in a very positive light. It states that “While crowdfunding is still largely a developed world phenomenon, with the support of governments and development organisations it could become a useful tool in the developing world as well. Substantial reservoirs of entrepreneurial talent, activity, and capital lay dormant in many emerging economies” adding “Crowdfunding and crowdfund investing have several important roles to play in the developing world’s entrepreneurial and venture finance ecosystem.”

The role of crowdfunding platforms becomes all the more relevant today due to the COVID-19 which has brought immense economic hardship to all but the very rich. Thus crowdfunding offers a viable alternative to people with bright ideas but without the requisite capital to realize their dreams.

There are basically two types of crowdfunding available to a wider pool of small investors than traditional banking allows, namely, rewards crowdfunding where entrepreneurs presell a product or service to launch a business concept without incurring debt or sacrificing equity and equity crowdfunding where the funder receives shares of a company, often in its early stages, in exchange for the money pledged.

Crowdfunding can be used for a wide range of applications including worthy causes such as the provision of microfinance, entrepreneurial ventures such as movies, magazines, online news agencies, computer software, creative works and inventions of various kinds, and community-oriented projects that show huge potential to uplift whole communities through education and infrastructure development. In fact, young researchers have been able to fund projects with high success rates.

Crowdfunding offers a number of benefits to both the funder and fundee. For one thing, the platforms on which they are promoted reduce search and transaction costs, thus allowing higher participation in the market.

It also allows regular individual investors, especially those with relatively less capital, to invest in startups or early-stage companies, a move that was traditionally more accessible to angel investor groups and traditional venture capital firms.

It also opens up possibilities in investing in neglected areas like the development of consumer products which mainstream venture capitalist firms ignore in favour of high-tech investments.

Muslims and even ethically-minded people of other faiths prefer investing in what is called Islamic crowdfunding. This is because of shariah rules that stipulate which investments are permissible and which are not. For example, any investment in interest-yielding businesses or vulgar entertainment is strictly out of bounds.

In addition, Islamic crowdfunding also offers investors greater protection when compared to conventional crowdfunding. This is because Islamic rules impose a high degree of responsibility on those handling the funds (crowdfunding platforms) and prevent unnecessary speculation and investments in non-shariah-compliant sectors, which is why these platforms have duly constituted Shariah boards.

Islamic crowdfunding platforms also offer scrupulous Muslim investors bound by Shariah rules a wider range of halal investments than those provided by their conventional counterparts, in which they can fearlessly invest, knowing well that they would be channelled to productive eco-friendly ventures meeting all the requirements of Shariah.