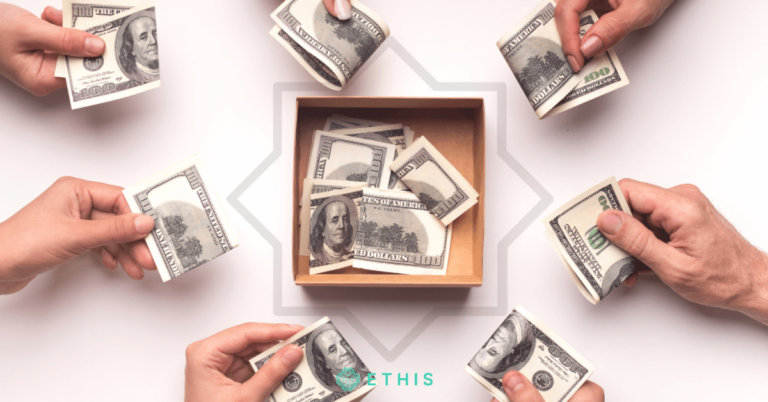 Islamic venture capital (IVC) have sadly not gained an equal rate of development and progress as their conventional counterpart. Though venture capital (VC) has its roots in the classical Islamic mudharabah contract, VC activity has not gained much attention and focus in the Islamic finance industry of today.

What is Islamic venture capital ?

The distinct characteristics of venture capital, especially in providing support beyond capital and financing, makes it a better choice for small and medium enterprises to raise funds for various stages of business. Generally, venture capital firms provide financing for several stages;

The history of Islamic venture capital

The earliest practice of Islamic venture capital is traced back to the 10th century, by the merchant community of the Arab Peninsula who had incorporated both debt and equity in their business activities. Though it is widely known that the Pre-Islamic Arabs were known for their customary practice of various types of interest (riba), it is noteworthy that they also commonly used equity; which later became the basis of classical partnership concepts like mudarabah and musharakah.

After the coming of Islam, the approach of the Prophet S.A.W in regards to business activities (muamalah) was to retain commercial practices that were not conflicting with the Shariah and only eliminate those which contained prohibited elements such as interest (riba), ambiguity (gharar) and gambling (maysir).

Such practices later evolved into the concept of mudarabah and musharakah which were used by the companions and Islamic community during the era of the Prophet. These two classical partnership concepts have become the basis for much sophisticated, modern versions of IVC.

However, the development of IVC has not been as robust as its conventional counterparts. Though historically, the practice of commenda in Italy and Europe was argued to be inspired by the idea of mudarabah and musharakah, and in the western community in general, venture capital was only practised later in the 19th century, the level of conventional venture capital today is inarguably more developed than Islamic venture capital.

The modern evolution of Islamic venture capital only took place with the rise of Islamic finance in more recent times. Much focus has been placed on the banking sector which involves a great deal of debt-financing activities, rather than the equity side which concerns the capital market.

Generally in an application, a venture capital firm, both conventional and Islamic, works in the following simplified structure:

What is Islamic crowdfunding?

The concept of crowdfunding entails financing an idea, a project, a person or a cause through the collection of small amounts of money from a larger number of providers. At the outset, crowdfunding was dominantly used for non-profit activities. There are four types of crowdfunding namely lending or P2P crowdfunding, donation-based, reward-based and equity-based.

In essence, crowdfunding is compliant with the Islamic rules in conducting any commercial or contractual business deal. Similar to venture capital, crowdfunding brings the spirit of sharing capital, gains and losses. All types of crowdfunding are more or less in line with Islamic teachings, except for lending-based crowdfunding. This is due to the presence of interest; or a fixed rate of return which is prohibited in Islam.

Hence Islamic crowdfunding platforms use profit and loss sharing contracts i.e. mudarabah to substitute the lending or P2P type of crowdfunding. The profit and loss sharing contract combines features of both debt and equity. It is similar to debt because it does not entitle the investor to any ownership or shareholding rights, and is similar to equity. After all, the investors share the outcome of the financed project, be it a profit or a loss. This type of agreement is interest-free and therefore compliant with Islamic principles of doing business.

The advantages of equity-based crowdfunding from an Islamic finance perspective are as follows:

Now we will discuss the limitations and issues in the current framework of IVC and ICF that operate independently.

The above structure shows the framework by which Islamic venture capital operates. The IVC will adopt either musharakah or mudarabah as its underlying contract.

However, there are several issues detected in this IVC framework that includes both operational and Shariah perspectives.

From the above discussion, it is evident that VC and crowdfunding have their governance structure and strengths.

The objective of this proposed shariah structure of IVC is to formulate a shariah-compliant structure that will merge crowdfunding mechanisms to IVC in a manner that will ease micro, small and medium enterprises to raise capital without collateral.

According to the visual above, the VC firm will be receiving service fees for the service they perform for the enterprise, which is to raise the needed amount for their funding. VC firms will provide the enterprise with support, guidance and technical skills, thus justifying the payment of service fees.

Through crowdfunding channels, VC firms will raise funds from investors. The investors will appoint a VC firm as their wakeel (agent) of the investors, to manage (channel) the fund to suitable projects/company that is chosen by them through a designated screening process. For this role and services, the VC firm is entitled to receive management fees from the investors and service fees from the enterprise. Therefore, wakalah (agency) and jualah (promise of commission) contracts will be used as the underlying contracts for the respective transactions.

The relationship of the investors and enterprise will be defined by the mudarabah agreement. Since in this structure, the investors play no direct role towards the enterprise and only provide funding, the investors fit perfectly into the description of a rabbul maal (capital provider). As in typical mudarabah contracts, the profit sharing ratio will be determined upfront between the rabbul maal (investors) and mudarib (enterprise), while the financial loss will be fully borne by the investors, except for the loss due to the negligence of the mudarib.

Through this proposed arrangement, it is believed that an innovative way to use IVC could be formulated. Given the advantages of IVC and crowdfunding, combining both can provide a wider reach out and better access. As most Islamic countries are categorised as developing countries, to put heavy reliance on investment from high net worth investors and institutional investors, like normal venture capital, seems unrealistic. Thus the crowdfunding method of pooling small individual investors are more practical in Muslim countries like how Ethis Group is implementing it.

Furthermore, such arrangements could give benefit to Islamic businesses and startups as IVC could provide alternatives for financing that comply with Shariah in terms of initial or working capital. Besides that, IVC could also assist in terms of training, mentoring, technical skills and guidance toward the businesses.

This proposed structure where IVF is combined with crowdfunding will advocate the use of profit-sharing contracts such as mudarabah and musharakah as a viable type of financing and at the same time decrease the reliance on small businesses towards debt financing.

There are, however, some limitations to the proposed IVC via the crowdfunding model. Given the objective to enhance Islamic countries’ level of investments and help enterprises and startups to attract Shariah-compliant funds, the proposed model must be accessible and affordable to everyone.

While the modern crowdfunding platforms are created and operated in a virtual world, the internet plays a major role in its successful implementation and user-friendly software which will fall within the ambit of FinTech will be required. As such, building such an infrastructure from scratch might be costly.

Although the most significant factor for the slow progress of IVC is due to heavy reliance on classical banking financial institutions, due to Fintech, the development of crowdfunding platforms in recent years has paved the way for IVC to rely on an alternative mode of financing.

This research concludes that IVC can be incorporated with crowdfunding. The Shariah structure proposed here is based on a tripartite relationship between the investors, venture capital firms and enterprises. Shariah contracts such as mudarabah and wakalah are the underlying shariah contracts used to ensure that the mechanism complies with shariah. This proposed model will assist micro, small and medium enterprises to raise capital in a shariah-compliant manner without collateral.