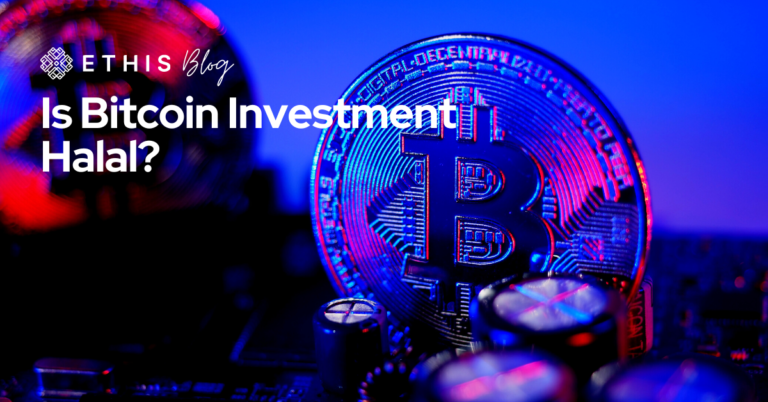 One of the more risky asset classes out there, bitcoin has had a volatile trading history since it was first introduced in 2009.

Unlike many other asset classes, bitcoin still continues to evolve as many factors still influence its price and development.

Besides being an asset class, bitcoin is also designed to be used as currency in daily transactions. A form of cryptocurrency, bitcoin stores value and it’s common to use it to hedge against inflation and market uncertainty.

At one point—and probably still is—bitcoin, blockchain, cryptocurrencies etc. have been the talk of the town and it will only grow bigger from here.

But what are actually bitcoin, cryptocurrencies or blockchain?

Cryptocurrency is a medium of exchange, created and stored electronically in the blockchain, using encryption techniques to control the creation of monetary units and to verify the transfer of funds.

At the moment, it has no physical form and no central authority or middlemen that control it. Thus far, bitcoin is the best-known example of cryptocurrency, comprising the bulk of the market share, at 60.8%.

Bitcoin is a digital currency that enables payment in a decentralised peer-to-peer (P2P) network that is powered and approved by the consensus of its users. However, in a recent survey conducted by the Wall Street Journal, out of the 53 economists interviewed, 51 considered the price of bitcoin to be unsustainable.

In addition, some sources also see bitcoin as a threat to the overall financial stability of traditional currency markets. More shockingly, some experts have claimed that cryptocurrency could lead to the end of the world.

Below we can find some of the best quotes on “Is Bitcoin Investment Halal?” by some of the renowned names in the Islamic banking and finance industry.

“At this juncture, it’s difficult to make any real judgement on bitcoin, may it be from the conventional or Shariah perspective. What happens when someone discovers something which is better (for example, more secure)?

Or that bitcoin actually has a major vulnerability that is inherent (for example, open to cyber theft)? We do not have an answer to these questions because it’s too new and soon. At this stage, while it’s called a cryptocurrency, we are not even sure if it really will be accepted as one or if is it merely a commodity or even a financial instrument in itself.

While we assume it’s the start of something new, it could easily turn out to be a fad. Only time will help us answer the above questions.”

Instead, it is storing the value of “other” monetary items and does not always have a stable value. Moreover, from a country’s perspective, the value of money is reflected on the overall condition of the country’s political stability, economy and trust.”

Related: Should cryptocurrency be Shariah screened?

“Blockchain opens a lot of opportunities for Islamic finance. Trust, transparency & immutability are the core components of any digital record that is stored over blockchain, thanks to its Distributed Ledger Technology (DLT). Smart contracts can be coded on the blockchain and executed automatically based on pre-set logic and conditions.

Islamic finance can use smart contracts for many of its products and finances, thus removing uncertainty and ensuring the basic requirements of Islamic law of contracts. Bitcoin is the most popular cryptocurrency. While it is named as currency, most of the transactions are made for speculation purposes, and very little is accomplished for actual trade & commerce. Thus, the real implication of it being a currency is still not apparent. From a Shariah perspective, no technology itself can be ruled as halal or haram in general, instead, it’s the use case that shapes the ruling.”

“The debt creation culture must not be exacerbated by the current propagation of bitcoin; Islamic finance, therefore, should remain vigilant in this regard”.

“The invention of bitcoin has introduced the world to the explosive trend of cryptocurrencies. Out of this explosion, the blockchain has emerged as a very powerful and innovative technological platform, having various novel applications. Islamic finance cannot ignore those game-changing applications anymore if it wants to survive.“

Related: What is Cryptocurrency? – Here’s What you Should Know

“Bitcoin’s price is as volatile as the price of Durian. Let’s hope it is not seasonal so we can have more consistent data to analyse it and issue a considered fatwa on its ruling.”

“While technologies such as blockchain are welcomed to increase efficiency and security in business transactions, cryptocurrencies on the other hand produce the new cashless global monetary system created out of complex mathematical logic without possessing real intrinsic value. Hence, there is a concern about how Bitcoin can be used to promote financial inclusion and sustain a business, even for the man on the street.”

“Bitcoin is the biggest fraud of the present time, as it is deceptive in the name (it is not a coin), presented as an outcome of mining (again deliberately misleading), and has no intrinsic value (against initial claims of those who started it); it is not money at least as of now and is just a useless overpriced security being purchased by speculators driven by greed.”

“Is bitcoin a bubble, mirage or something else? The current frenzy on bitcoin underpins the demand for an alternative channel for money flow and investment which is less regulated but secure. Shariah scholars need to not only issue a comprehensive fatwa but to look at an Islamic dinar system that provides for this alternative need.”

Disclaimer: The views and opinions expressed in this article are the personal view of the author and do not necessarily reflect those of Ethis Ventures Sdn Bhd.