Guide To Investing in Sukuk: How It Could Impact Your Portfolio 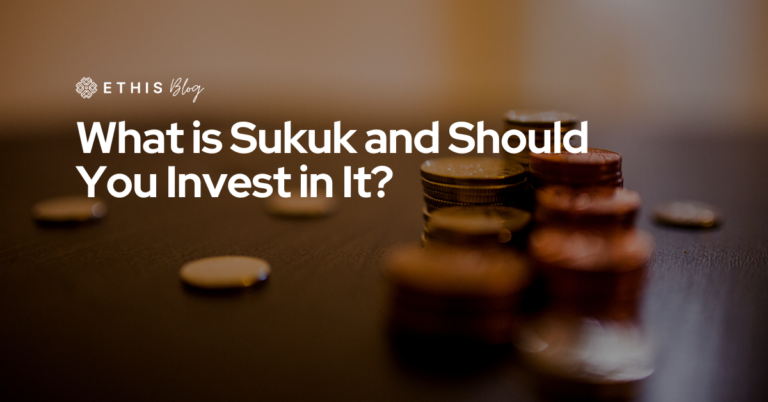 The rise of the Islamic finance market into a dynamic and significant global financial market—growing at a rate of up to 25% per year (AUM US2.2 million)—has led to the rise of many other Islamic sectors within the market, including investment instruments such as Sukuk.

Sukuk derives from the word sakk, a legal instrument, deed, or cheque. The first Sukuk transaction occurred in a mosque in 7th century Damascus, Syria.

Eventually, the product became increasingly popular in the 20th century when Malaysia’s first modern Sukuk bond was issued in 2000 and later in Bahrain in 2001.

The growth of the market

According to the 2022 International Islamic Financial Market (IIFM) Sukuk Report, 2021 was another record year for global Sukuk issuances, amounting to US$188billion as compared to US$175billion in 2020.

“The Sukuk market is still fairly concentrated as over 90% of the US$732 billion outstanding Sukuk belong to just a handful of key markets; Malaysia, Indonesia, GCC, and Turkey. However, this trend is gradually changing, with high potential jurisdictions such as Pakistan, Bangladesh, Egypt, Nigeria, and a few others becoming more active in the Sukuk space,” said Khalid Hamad Al Hamad, Chairman of IIFM, in the chairman’s foreword in the report.

The Sukuk market’s growth can be attributed to continued economic stimulus measures implemented by governments when the global economic outlook was showing signs of inflationary pressures from rising commodity prices.

Related: How Sukuk is a Driving Force in the Development of Islamic Finance

What is it, and how does it work?

Simply put, a Sukuk is an Islamic finance certificate representing a portion of ownership in a portfolio of existing or future assets. Similar to conventional corporate bonds in Western finance, the similarities of both Sukuk and bonds are in both parties involved and the purpose of the issuance.

The difference is that Sukuk complies with Shariah law as the traditional Western interest-paying bond isn’t permissible.

The issuer sells a certificate (the Sukuk) to investors, and the proceeds are used to purchase an asset, giving investors a direct partial ownership interest in the asset. But the issuer must make a contractual promise to buy back the bond at a future date at par value.

Sukuk vs. conventional bonds: the differences

Sukuk is an economic and equitable joint venture between the issuer and the investors. Assets acquired by the Sukuk issuance are jointly owned and managed to generate profits. Sukuk bondholders do not receive interest on debt but receive part-ownership and are paid returns as the asset earns money.

On the other hand, bonds are investment securities where investors lend money to a company or a government for a given period in exchange for regular interest payments. Upon maturity, the bond issuer returns the investor’s capital, and profits are generated via fixed payments that an investor receives over the life of the bond.

Below are some key differences between Sukuk and conventional bonds according to the Corporate Finance Institute:

Sukuk vs. conventional bonds: the similarities

Malaysia: a hub for Sukuk investments

As the most developed Islamic financial market, Malaysia is also home to the largest issuer of Sukuk globally, as measured by Thomson Reuters’ Islamic Finance Development Indicator. Currently, Malaysia accounts for 45% of the global Sukuk and is where the private sector is a majority issuer of Sukuk.

According to Moody’s Investors Service, Malaysia continues to dominate global Sukuk issuance volumes in the long-term and short-term markets. Still, there is an increasing number of issuers from new markets, including non-Muslim markets, according to S&P Dow Jones Indices.

The types of Sukuk include those issued by sovereigns, quasi-sovereigns, supranational and corporates, and “green” Sukuk bonds.

Each of these Sukuks employs slightly different structures according to the Accounting and Auditing Organisation for Islamic Financial Institutions (AAOIFI).

Social bond and Sukuk – Proceeds will fund projects with positive socio-economic issues such as food security, healthcare, and education for an identified target population.

The structuring process of a Sukuk is rigorous and overseen by several stakeholders to ensure that it remains shariah-compliant and does not violate any tenets of Islam.

The comprehensive process also ensures that Sukuk is an ethical investment as it would not finance any activity considered harmful to society and would appeal to institutional and impact investors alike.

Sukuk is suitable for socially conscious investors, and as per Shariah law, funds raised via Sukuk must be invested in identifiable assets or ventures. At the same time, these socially responsible investments, or also known as SRIs, and the broader ethical investment market are currently on the rise and may provide a reputational benefit.

Shariah-compliant investment is still primarily seen as an untapped market, and there is still a significant unmet demand for niche products such as Sukuk.

From our research, one common challenge of Sukuk is “enforceability risk,” a situation where the contracts are governed by traditional English law but refer to assets located in other countries. Problems may arise in the event of a default.

Unlike its conventional bond counterpart, the standardisation of documents and a general understanding of Sukuk issuance may not be as extensive as conventional bonds and is still developing, meaning there may be adverse cost implications.

Markets with more robust Islamic finance structures are better positioned to implement Sukuk as these markets may have better frameworks and understanding of Sukuk, including the involvement of Shariah scholars. These may require additional costs. At the same time, less established Islamic finance markets may not have a unified body to settle differing views on how compliant the structures of Sukuk are.

Sukuk has a unique risk-reward profile, with bags of potential as an alternative to conventional bonds.

Note: This article is meant to be educational and is not investment advice.