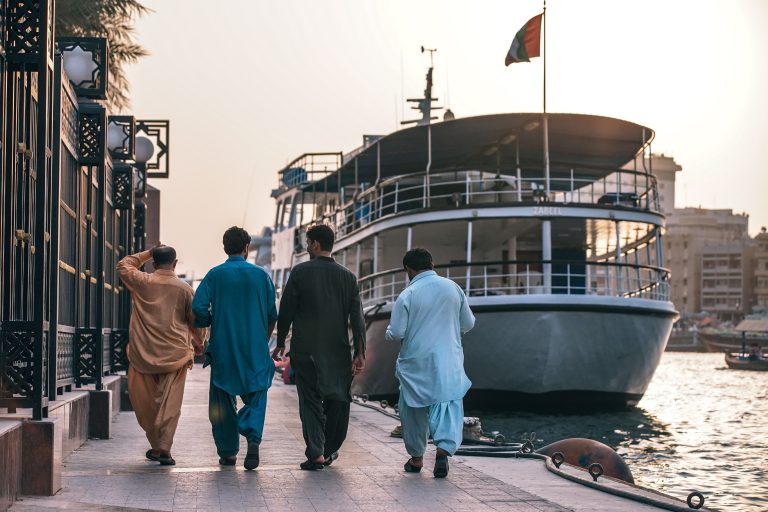 Editor’s Note: This post was originally published in July 2017 and has been edited and updated for relevancy and comprehensiveness.

The past decade has seen a change in attitude towards the conventional capitalist economy and its twisted financial system. The relentless pursuit of profits with little regard to ethics or well-being has led to increasing public resentment and distrust of the status quo.

All this points to a flawed and broken financial system prevalent in the world today, a system that serves the elite few at the expense of the masses.

There has to be a better way to run the economy and financial system, and this has led to an increased interest in Ethical Finance & Impact or Socially-responsible Investing. Islamic Finance, which can be viewed as a unique and independent form of Ethical Finance, is now a US$2.1 trillion industry and growing. Since the birth of modern Islamic finance in the 1970s, over 500 Islamic financial institutions have been established worldwide in 75 Muslim and non-Muslim countries.

Here are 3 features of Islamic Finance that can help provide a basic understanding of this fast-growing industry and how it functions.

1- It is Based on Authoritative Islamic Texts

Islamic Finance principles are derived from the holy texts (The Quran & Prophetic Teachings), which are the authoritative source of values and morals of a Muslim. The principles and values that are found in these texts encompass all spiritual and material aspects making Islam a way of life. My view is that Islamic Finance principles are fundamentally aligned to most systems of ethics adopted by Human Civilization, and can be regarded to be universal values for good. Apart from a few quintessential characteristics that set Islamic Finance apart, its features are in harmony with the conventional financial model. Entrepreneurship and profit-seeking are not only allowed but encouraged in Islam.

A key point to note is that the core principles of Islamic Finance are fixed and do not change over time, as they are rooted in religion.

Islamic Finance does not engage in socially undesirable business activities, also known as Haram or non-Halal activities. Those sectors which are viewed as harmful to society are prohibited in business transactions. Fortunately, these have been clearly marked out in the Holy texts and most are easy to detect such as Alcohol, Gambling, the adult/ sex industry and so forth. Conventional finance is also excluded and this will be further clarified below.

Conventional finance is prohibited largely due to usury or interest on money, also known as Riba.

Imam Ghazali, the eminent scholar of Islam, explained almost 900 years ago the reason of prohibition of riba:

“Riba (interest), is prohibited because it prevents people from undertaking real economic activities. This is because when a person having money is allowed to earn more money on the basis of interest, either in spot or in deferred transactions, it becomes easy for him to earn without bothering himself to take pains in real economic activities. This leads to hampering the real interests of humanity because the interests of the humanity cannot be safeguarded without real trade skills, industry, and construction.”

It is in fact strictly prohibited because it creates an undue burden on the borrower while the lender generates wealth with no effort. Money is not considered a commodity but only a means of exchange, which immediately brings the question: How do Islamic banks make profit?

Islamic banks implement profit-sharing or product trading practices, termed Murabahah and Mudharabah. It is important to note that unlike the conventional method, the risk is shared between banks and investors. Typically, companies also hold underlying assets that have intrinsic value.

Undoubtedly, this is one of the reasons for the stability and resilience of the Islamic finance industry during recent financial crises.

The Market for Islamic Finance

While Muslims are the primary customers of Islamic Finance providers, as these services are created within the boundaries of Islamic Law, there are plenty of reasons for non-Muslims to participate too.

Perhaps surprisingly more often than not, Islamic Finance services are not only competitive, they can be even more attractive than conventional ones, such as Halal Equity Funds. In Singapore, the Islamic Savings accounts would historically give a Hiba (gift) rate of 0.4% to 0.8%. Comparing to conventional savings interest rates of close to 0, this is impressive indeed. It is even higher than conventional fixed-deposits giving interest of around 0.3%. In Malaysia, it is frequently reported that more than half of Islamic Banks’ deposit are from non-Muslims!

In a nutshell, my overarching message to investors is that Islamic Finance is a fast-growing industry because it has wide appeal. It’s firm ethical foundations, coupled with impressive performance has made it a viable option to explore and diversify into, for savvy investors.

Please feel free to comment and share your opinions on this matter. I am not an expert or a scholar but have had initial success as the founder of the world’s first Real Estate Islamic Crowdfunding Platform Ethis where both Muslims and non-Muslims invest together in Social Housing Real Estate Projects in Indonesia.