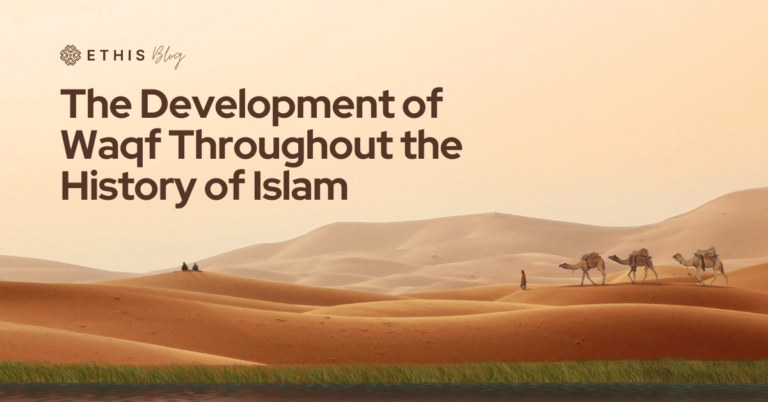 There is a Waqf in every country in the Islamic world, from West Africa to the Philippines, wherever there is an established Muslim presence.

Waqf experienced a meteoric expansion in the years following the Prophet ﷺ. The waqf endowment quickly emerged as a central fixture in all aspects of Islamic community life, including the religious, social, cultural, scientific, economic, and political spheres. Waqfs have also been formed for the welfare of non-Muslim communities in nations where Islam is the dominant religion.

There was a waqf established for virtually every endeavor that could be construed as being of social benefit. There were waqfs established for places such as mosques, academic institutions, schools, medical facilities, orphanages, houses for the poor, food for the poor, the blind, battered and abused women, soup kitchens, wells, water pipes, fountains, public baths, bridges, graveyards, salaries, pensions, guest houses, libraries, and animal welfare.

The waqf system was so important to Ottoman society that the following statement does not overestimate its vital importance: “Thanks to the Waqfs that flourished during the Ottoman Empire, a person would have been born into a Waqf house, slept in a Waqf cradle, eaten and drunk from Waqf properties, read Waqf books, been taught in a Waqf school, received his salary from a Waqf administration, and when he died, placed in a Waqf coffin and buried in a Waqf cemetery.”

According to Dr. Sabahuddin Azmi, in his book Islamic Economics, the state’s efforts to fulfill its commitment to provide public amenities were reinforced by the charitable institution of waqf, which was founded on the principle of voluntarism. Also, the importance of voluntary donation, particularly in the form of waqf, did not decrease after the foundation of various ministries of the Islamic state. Thus, throughout the centuries and throughout the entirety of the Muslim world, Muslims have consistently adhered to this tradition.

Today, practically every Muslim nation has a Ministry that is in charge of Awqaf and Islamic Affairs, and Awqaf properties make up a sizeable amount of the national income in a number of Muslim countries.

The institution of waqf at the time of the prophet ﷺ

1. The charitable waqf began with the Prophet Muhammad ﷺ. A Jewish man named Mukhairiq stipulated in his will that Muhammad get his seven orchards in Madinah upon his death ﷺ. In the fourth year of the Hijrah calendar, the man passed away, and the Prophet, seized the orchards and established them as a charity Waqf.

2. According to Abdullah ibn Omar, Omar obtained a land lot in Khaibar; he came to the Prophet ﷺ asking for counsel. He said: “Ye Apostle of Almighty, I obtained land in Khaibar. I never obtained a property more precious to me than this. What do you advise me? He said: “If you want, you can bequeath it, and give it as charity; provided that it should not be sold, bought, given as a gift or inherited.” He said, “then Omar gave it as charity for the poor, relatives, slaves, wayfarers, and guests. There is no harm for the person responsible for it to feed himself or a friend from it but for free.” [Al-Bukhari]

3. According to Anas, Abu Talha was the wealthiest Ansari in the vicinity of Madina. Bir Ha’e (a palm tree orchard close to the Prophet’s Mosque) was his most prized possession. When the verse was revealed, Abu Talha went to the Prophet of Allah ﷺ and stated: “Allah Most High says in His Book: “Ye will not attain unto piety until ye spend of that which ye love,” and the most cherished property I have is Bir Ha’e. I am giving it as a charity, wishing goodness and preservation; thus, O Apostle of Allah, use it the way you want.” [Al-Bukhari]

4. According to Othman, when the Prophet ﷺ arrived in Madinah, he discovered that the city had very little drinkable water other than Bi’r Ruma’s water (Ruma Well). He queried: “Who will purchase Bi’r Ruma to equally share the water drawn therefrom with his fellow Muslims and shall be rewarded with a better well in the Garden (of Eden)?” After that, I used my own money to purchase it. [At-Tirmidhi]

Ever since the Prophet ﷺ instructed his companions about waqf and its benefits, they have never stopped attending to it and putting their money and property in it. We can see from Islamic history and throughout the Muslim-inhabited world that waqf has long been an important part of the Islamic way of life and a virtue to be emulated. As a result, waqf is a worthwhile investment in Allah’s cause.