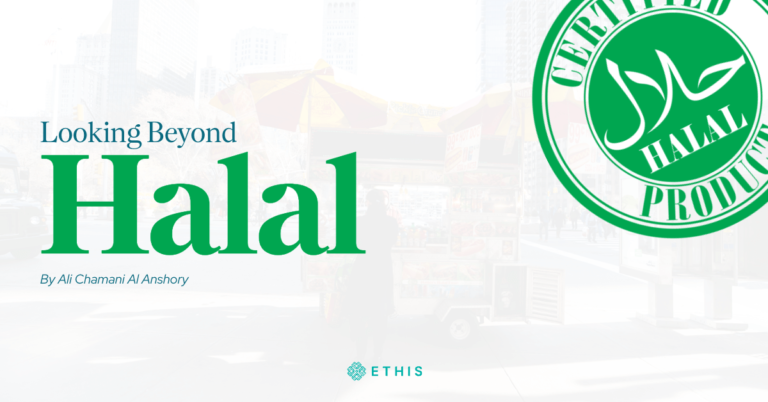 Islam is not limited to ritualistic (ibadah) articulation as the religion covers the holistic aspects of Muslim life. In ibadah, a Muslim should not perform any rituals unless there is evidence that requires or emphasises them. On the contrary, the Shariah norm on transactions (muamalah) upholds the Ibaha principle implying that everything originally is permissible unless evidence proves otherwise.

However, the application of halal in our market is practised differently from the principle of muamalah. Instead of identifying products that have evidence to be non-halal, halal industries perform to certify that their product is secured to be consumed by Muslim society.

The phenomenon happens as the halal market was created in response to the exclusion effect of non-permissibility. Priorly in the food sector, Muslim entrepreneurs used to ensure halal products due to their reputation in society. This changed in the 1970s when many international restaurants entered the Muslim market, yet ignored the halal standard in producing their foods. The situation got more complex as globalisation integrated the supply chain between international and local markets, hence making it challenging to ensure the halal standard. This created a case for having a reliable halal market for Muslims.

Since then, the halal industry has covered many sectors. Thomson Reuters considered six industries constituting the halal market, among others halal food, Islamic finance, travel, fashion, media, and creation, as well as pharmaceuticals and cosmetics. On the demand side, Islamic Development Bank (IDB) estimates that the potential of the halal market could reach US$2.3 trillion to US$3.2 trillion. By comparing this size to the GDP of the world’s largest economies, IDB states that the halal market is fifth globally after the US, China, Japan, and Germany.

On the supply side, many countries aspire to be the global hub for the halal industry by providing facilities and regulations to spur halal production. The non-Muslim majority countries are also attracted to penetrating halal markets. Countries such as Australia, New Zealand, Singapore, and South Africa, for instance, have become significant contributors to the world’s halal trade today.

The debate on the halal industry

Despite the promising growth of the halal industry, there is a debate that argues the trend is commodifying Islam. There are cases where halal is utilised merely as a brand and commercialised, hence compromising the moral substance of Islamic teachings on halal. The trend is boosted by the market forces which ultimately merges the distinction between Islam and capitalism to the extent of viewing the industry as halalised capitalism.

In Indonesia, the public was shocked by ‘Sexy Killers’, a sharp documentary video on the dangers of coal mining that highlights the irresponsible impact of some industrial firms on social and environmental stakeholders. Polluted water, destroyed corals, and respiratory disorders in the community are a few issues created by the firms. Unfortunately, some of those firms were listed as ‘Shariah compliant companies which means that they are considered halal for Muslims to invest in.

The proponents of the industry may claim that having junk food that gets halal certification to push Muslims to eat unhealthy products is also common nowadays. The aforementioned debate then is discussed further; should halal be value-free or otherwise, an ethical industry?

Halal as an instrument of Maqasid al-Shari’ah

Halal has a framework covered by Maqasid al-Shariah and thus requires a distinct worldview from other ideologies. Maqasid is an Arabic term that literally denotes purpose or objective, while Shariah is generally referred to as Islamic law. Hence, Maqasid al-Shariah can be defined as the objective behind the Islamic rulings.

In classic literature, Imam Ghazali classified Maqasid al-Shariah into five elements, namely safeguarding (hifz) of faith (deen), self (nafs), intellect (aql), lineage (nasl), and wealth (mal). Therefore, Islamic law, according to jurists, is revealed: “to serve the interest of all human beings and to save them from harm.”

There are at least two points that can be inferred from the concept of Maqasid al-Shariah. Firstly, Shariah requirements have both legal and social dimensions. The legal aspect covers the evidence or fiqh injunctions that the process and product are allowed for Muslims, while the social dimension implies the impact of a product on society.

After all, Islamic teachings require not only the intention and the process to be halal but also the consequence that should aim for tayyeb (‘goodness’).

Tayyeb as complementary to halal

While generally tayyeb is referred to as goodness, according to Ibn Ashur, the concept can be defined further as “holy, developing, and positive impact on life in present and future.” In the Holy Quran, the word tayyeb is mentioned together with halal four times, implying the necessity to pursue the concept of permissibility and goodness as a way of life for a Muslim. The pivotal role of ethical impact is also emphasised in a hadith as follows:

While drinking wine for recreational purposes is forbidden in Islam, the hadith also shows that the involvement in, encouragement and consumption of the commodity are also prohibited. This implies decommodisation where both intention and consequence should be ethically considered.

While halal as intention and process cannot be compromised as the standard for a Muslim, the tayyeb as consequence and impact should not be absent from the consideration. Otherwise, the internalisation of Islamic substance will rather be scrutinised by market forces, driven by stakeholder government, and conventional consumerism under the logic of the market rather than the presupposed objectives of Islam. Such an approach that focuses on fiqhi injunction in halalising the product can create a halal outcome that contradicts the Maqasid al-Shariah.

In responding to the issue, the incorporation of tayyeb as complementary to halal should be considered. In other words, the industry not only provides the product that a Muslim can consume, but also products that benefit humans, society, and the environment.

The Halal market emerged to fulfill the needs of Muslims in consuming a product after the globalised supply chain entered the Muslim community. This implies that halal awareness of society was instrumental in initiating the modern halal industry.

Nevertheless, despite rapid growth, halal today is much commodified and utilised as a commercialised instrument to attract Muslims. Therefore, there is a need to reintroduce the halal-tayyeb industry to society. Muslims should demand the development of a halal industry that not merely covers profitability or capitalisation, but also the ethical process, the social impact and contribution to the environment. 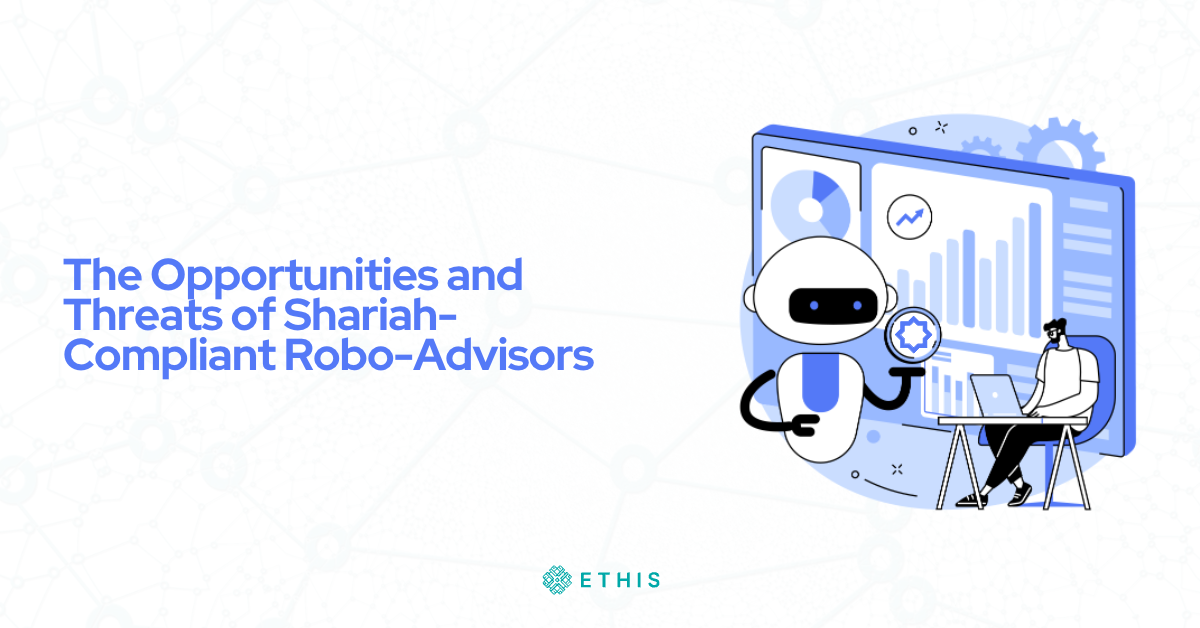 The Opportunities and Threats of Shariah-Compliant Robo-Advisors