New Breakthroughs Help Harness the Power of the Community 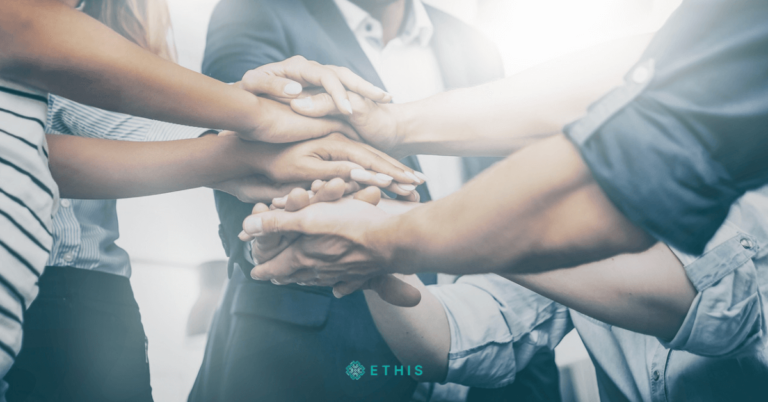 Q: Nida, as a developer of some pioneering technological tools for Islamic finance, including the first Islamic finance app, blockchain consensus mechanism and a decentralised app for crowdfunding, how would you assess their impact on the growth of Islamic banking and finance industry as a whole?

A: The Islamic finance app has been very well received with Android so far depicting 10k+installs. The apps were the output of creative pursuits to know the development environments in iOS and Android and were launched as a service. The apps helped in increasing awareness of the industry. The IP rights of the decentralised app for crowdfunding and other similar projects, that I did, are owned by ConexCap and are yet to be launched in the market. I conducted educational sessions around them, many of which were organised by ConexCap.

These helped in streamlining the focus of the industry towards blockchain and AI. The blockchain consensus mechanism was a part of my PhD research work and has not been commercialised till now. I see Solana blockchain is also using a similar idea of keeping time as the consensus mechanism I came up with using Lamport’s logical clocks, but everything in the ecosystem depends on how fast you deliver a product/ service to the market, which in turn depends on receiving the necessary funding as a young entrepreneur. My initiatives so far have impacted the course of the industry at large in pivoting it towards a technology-grounded domain. I am hopeful that my contributions will greatly benefit the digital transformation journey we are going through.

My latest offering is GreenChainX, a blockchain-based software, which helps to prevent greenwashing and provides a secondary market for trading carbon credits using NFTs. The software has a GUI to remove the complexities associated with the use of blockchain. Additionally, the software uses a blockchain platform that is green so there is no energy consumption by virtue of mining of Bitcoin and Ethereum. I am confident that GreenChainX, will tackle the present issues of climate change in a goal-oriented and structured way.

Q: Any ideas to share on how more technological innovations to drive Islamic finance can be pursued?

A: Technological innovations would come when there is a demand for them in the Islamic finance market. My perception is that the Islamic finance industry is not very active in the R&D area, which lays down the fertile ground for innovations. The general population, too, is focused on putting forward innovative solutions in domains, where investment would come easily, which further drives away innovative minds from pouring their creative zeal into finding solutions for the industry. We are living in an age of transformation so if novel ideas don’t receive funding and novel solutions are not supported, we would soon face a time where the industry would be secondary consumers of products, developed and tested by the finance community in general.

Q: What do you think are the areas that Islamic finance should be focusing on, especially in a context where innovation and venture capital are the main drivers in an increasingly competitive world?

A: I would say the automation of document processing, which has become a dire need in the wake of the pandemic and the increase in demand for digital services. Sustainability is another focus area where efforts should be made to provide solutions for combatting climate change. Another focus area, which is the foundation of all other financial sub-sectors, is data harnessing for deriving insights, providing personalised services and making predictions. In terms of technology, the major ones that would help to steer the industry forward are artificial intelligence, graph databases, blockchain, and IoT.

Q: New developments like fintech and crowdfunding have grown exponentially of late. What do you think are the reasons for this and how could it be taken forward to reach its maximum potential?

A: The consumer of today has a lot of options in the market and this drives consumption towards those services that incur a minimal cost, are offered in real-time, involve minimum effort on the side of the consumer and are tailored to his preferences. This has led to fintech initiatives by young players as existing financial institutions are not able to adapt to the changes in market dynamics with the agility depicted by a smaller team.

Similarly, the average consumer has more investment avenues available on account of the digital infrastructure gaining ground. Young businesses now capitalise on the power of the community through crowdfunding, where amateur investors are driven more by market sentiment than the rigorous due diligence output by traditional investors. Thus, the requested capital is gained easily. If the idea and team are good, the business sees success resulting from faster delivery of the promised product on account of early market adoption and revenue enhancement.

If traditional financial organisations support new fintech players, then the association can be mutually symbiotic that benefits both parties. The fintech players can easily achieve whereas the traditional financial organisation would take a long time like developing a technical solution to cater to an emerging market need. The fintech player would thus gain an advantage by the existing trust enjoyed by the older organisation and capital provided by it. Similarly, if crowdfunding campaigns are supported by an established investor, then it would be easier to raise capital from the public.