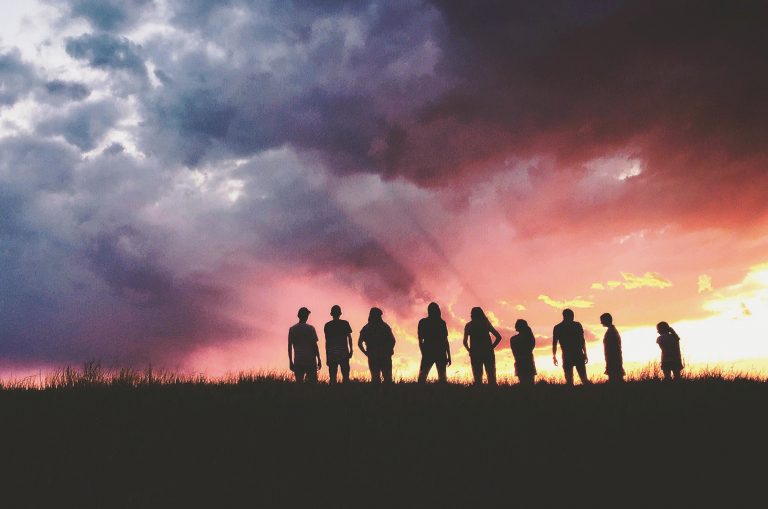 Historically, Muslims in Singapore are a community of traders and entrepreneurs. That was only natural as many are descendants of Indian and Arab Muslim traders who travelled to South East Asia seeking profit and business expansion.

These traders integrated easily into the local business scene, which was already thriving due to the strong business culture of the local Malays and Peranakan Muslims as well as their spirit of gotong-royong (community collaboration). This merging of communities resulted in a thriving market environment which offered employment and services to the community.

However, it is a different story in today’s Singapore. Today’s Singapore is one of the richest countries in the world and a leader in global trade and commerce. Despite this, the Muslim community in the marketplace is underrepresented and underdeveloped.

They are even losing competition to non-Muslim businesses in previously ‘untouchable’ sectors, such as Muslim-Wedding catering.

The Paradox of the Muslim Consumer

The Muslim consumer, like any other consumer, is susceptible to falling to the prevalent, capitalist view that material possessions equal to success. The current materialist approach to life is a manifestation of this. Thus, workers become consumers that only work to spend, in order to satisfy their insatiable desire for worldly possessions. It is a vicious cycle that leaves workers unable to shape the culture and mentality of their society in a meaningful direction. This is the danger in having a Muslim community primarily made up of workers.

This is not to say that a working-class community is necessarily a bad thing. Work, when done in moderation and with gratitude, can be a form of Ibadah or worship.

However, the current situation of Muslim consumers in most communities do not reflect that. It is not rational to acknowledge that the source of all things is Allah SWT and that our Rizq (sustenance) is entirely dependent on what He had set for us, while simultaneously subscribing to the view that Material possession somehow defines success, and even worse, define ourselves. This is the paradox of the Muslim consumer. Our fundamental beliefs conflict with this fundamentally flawed valuation of life. 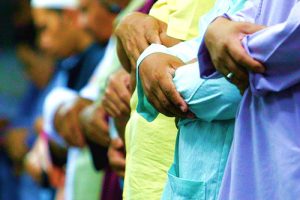 A Revival is Due

It is apparent that the Muslim community must be brought back to its golden age of commerce and have its spirit of entrepreneurship revived. To do that, we must return to doing business in accordance with Islamic principles. The universal good inherent in Islamic business practices and Muamalat has tremendous potential in recovering this depressed economy and reducing the widespread inequality present.

‘And Allah gives provision to whom He wills without limitations.’ Quran 2:21

What we understand from the above verse is that Muslims should recognise that the pleasure of The Creator is the primary objective in any transaction, and we should act accordingly. Consequently, the profit motive will be demoted to its rightful place as a secondary priority, present only to incentivize efficiency and ensure long-term sustainability.

Encouragingly, there are some signs of positive change, notably the revival of Youth Entrepreneurship. This is largely possible because of the inclusive nature of the digital age. Thanks to technology and the connectivity brought by social media many traditional barriers to entry have been removed, allowing talented entrepreneurs to achieve noteworthy success. These businesses are often able to cross over from the virtual realm to thrive as brick and mortar businesses. This is indeed an encouraging development in the world of Islamic Commerce.

In the meantime, the entrepreneurial mind must also be developed so as to create entrepreneurs that are trained to view problems as opportunities. Fortunately, we see a wave of such youthful talent emerging, and we need to embrace them and support them.

What we need to do

Before embarking on reform, old, regressive habits must be discarded to make way for new, constructive ones. We need to go back to the roots of true Islamic Business spirit. We must do so by first identifying the main cause of our downfall in our business performance and how it has deteriorated to such an insipid state.

Subsequently, we need to come together and unite around shared goals. By doing so, we will be able to close gaps and strengthen as a group.

In short, we need Unity.

Unity is the key, missing ingredient that is setting us back. Likewise, in my entrepreneurial journey, I have found the common feature in various forms of success to be unity. This is true whether it is in the tightly-knit circles of Singaporean Chinese, to relationship and connections-based Indonesians, to protective family-owned Saudi Arabian businesses.

All in all, there is a need to refine our business culture by removing dangerous mindsets that discourage unity. Jealousy, greed, revenge, and distrust are crippling handicaps to the development of Muslim businesses. To remove these deep-seated problems, we must collectively acknowledge and face them. That in itself will bring about greater unity.

A unified business community is crucial for survival in the modern, fast-paced marketplace. Consider Singapore, a global trade hub with a highly competitive market. Most businesses there face high costs and intense competition. Unless they collaborate, they will struggle to find their footing amongst the big businesses that dominate Singapore’s markets. They will need to leverage each other’s resources and competencies which will, in turn, enhance capabilities and lower costs. 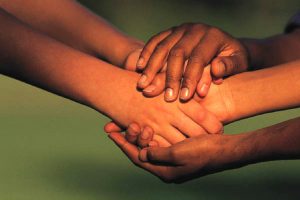 One way to establish a United Muslim Business environment is through technology-enabled, joint-venture efforts of Muslim businesses.

A strong example of technology-enabled collectivism is in Crowd-funding, a concept where the community collectively invests or donates small amounts of capital to fund startups and businesses. Crowdfunding has been a tremendous success in the west and it is estimated that by 2025, global investment through crowdfunding will reach $93 billion.

The good news is that crowdfunding can be Islamic in structure and spirit. An example of how this can happen is by structuring it as a ‘Mudarabah’ (joint-venture), where the financier or the ‘rabb-ul-mal’ provides funding for the ‘mudarib’, who is the entrepreneur responsible for the full management of the business.

Some may view the idea of a United Muslim Business Community to be naïve, but I am convinced that it is, in fact, a necessary evolution that we need to embrace. The wisdom can be found in our own religious teachings spread by our prophet Muhammad SAW 1400 years ago and was practised by the Muslims of the past. It is time to come full-circle. Success is unlikely to come overnight though, as culture takes time and willingness to change.

Culture, however, is a matter of utilitarian dialectic, and the obvious benefits of being united will soon outweigh the irrationality of being divided, inshaAllah!

PrevPreviousWhat is Profit Sharing Ratio and Return on Investment?
NextHere’s 4 reasons why Muslims Are Flocking To Islamic Crowdfunding – And Why You Should Too!Next