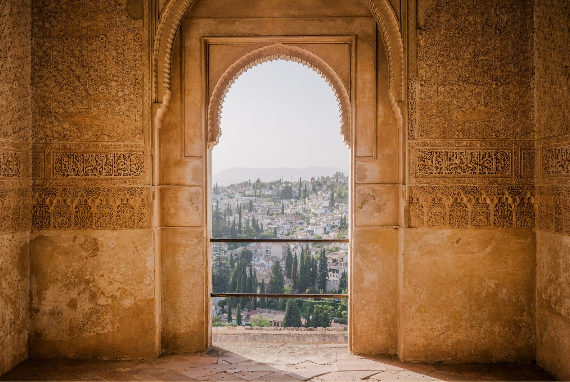 4) The ability to fill and serve financing gaps 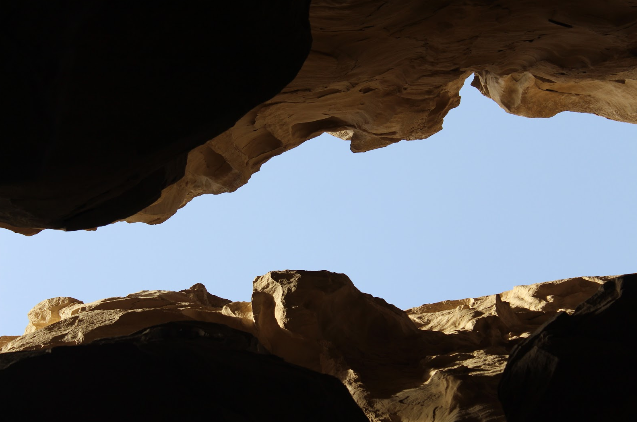 Let’s look to microfinance as an inspiration for this point. There are numerous institutions with proven models and approaches, and there is clearly a huge and growing demand for microfinance. Yet, microfinance is still a tiny fraction of conventional finance and Islamic finance alike. Microfinance institutions face significant challenges to raise funds and have sufficient liquidity, even when they perform well. This can be attributed to various reasons, most commonly the perception that the risks are high, and also because returns tend to be relatively lower. There may also be the consideration of market positioning, where financial institutions may prefer more ostentatious branding to attract a wealthier customer base. With crowdfunding, it is the people who dictate where money flows to. Microfinance has proven to be highly attractive to the crowd, with a pioneer platform kiva.org having facilitated more than a billion dollars of micro-loans to businesses and low-income individuals around the world. The direct-from-Kiva loan model is zero-interest – essentially a Qard-al Hassan or ‘benevolent loan’ where there is no additional benefit to the lender, while campaigns through field partners will typically involve fees or interest charged by the partner.

In Indonesia, there has been a proliferation of personal and consumer loans through P2P financing. Most though are outright interest-based and some even charge predatory rates, which the local regulators are clamping down on. Recently, several Muslim-focused platforms have emerged, with most of them still processing P2P and crowdfunding licenses and thus have yet to go-to-market. The segment being served here is mainly those who would not be able to get financing from traditional financial institutions, mainly due to a lack of formal income documents or blemishes in their credit records. Through the utilisation of customer and market data, crowdfunding platforms can adopt more flexible approaches to approve financing requests.

Impact investment is an area where I see Islamic Crowdfunding growing rapidly in. The practicing modern Muslim is concerned about Shariah-compliance as much as social impact and environmental responsibility. Our experiences with social housing investment projects in Indonesia is strong proof-of-concept of this, with close to 1,000 investors from 28 countries taking the leap of faith to invest in our campaigns. The majority of our investors are first-time investors in Indonesia and also investing online for the first time. Yet there is a strong and growing demand for our campaigns which we believe is attributable mainly to the social-impact of building houses for the needy.

Many times there are also narrow or specific business activities that are not financed by traditional financial institutions because they are unfamiliar and thus deemed to be complicated or risky. This includes working-capital financing, receivables or invoice-financing, last-mile real estate financing and many others. The digital nature of crowdfunding platforms is such that fewer resources are needed as the company scales up – in stark contrast to how traditional institutions tend to lose productivity for every additional employee taken in. This allows platforms to serve narrower needs with a smaller market size with products that banks and traditional financers may find commercially unattractive. At the same time, once a platform develops an online presence and reputation for funding specific types of deals, it benefits from the network effect where its popularity snowballs its traction, bringing more traffic and business to the platform for it to scale up and have a larger niche market to serve. 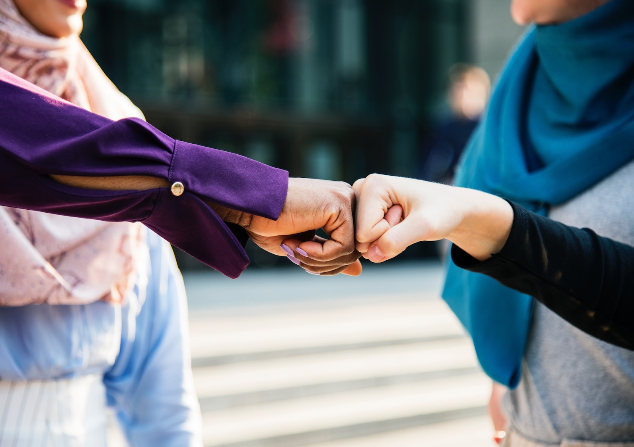 Crowdfunding essentially matches funders with companies, projects and campaigns. If a funding need has an appeal to a market or segment of potential funders, it can be crowdfunded. Just browse the popular campaigns of the largest platforms and you’ll find all sorts of niche, quirky and sometimes even downright strange campaigns being funded and often-times over-funded. This is a manifestation of one of the unique attributes of the internet – the ability to form online followings or communities with similar interests, and most interestingly the ability for netizens to be part of multiple communities at the same time.

Muslims form one giant global community, with strong fundamental similarities and preferences, and a common identity. At the same time, there are also significant differences in culture, practices and application of Islam. The large and diverse Muslim population is both an opportunity and a challenge for Islamic finance. A blanket standardised approach to Islamic finance may even lead to greater division, with one segment of the community accepting it while another segment rejecting it.

6) Balancing and redistributing the wealth of the Ummah 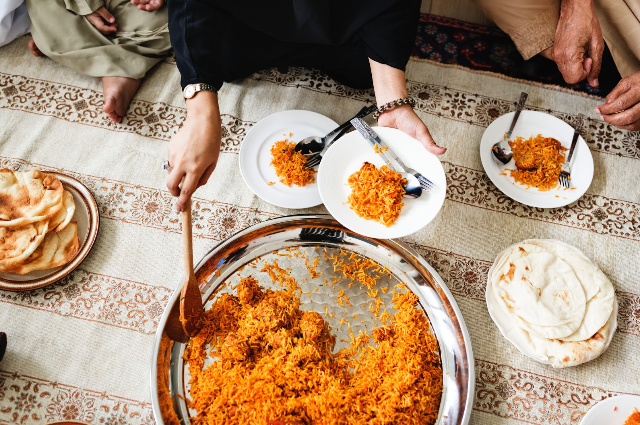 The circulation of money is a key attribute of the Islamic economy. Wealth is entrusted to us to be utilised for good and is not to be hoarded to satisfy one’s attachment to money. The Ummah today is made up of a few countries and communities with surplus wealth and many countries with a wealth deficit. It is observable that over the past few decades, a large portion of these surpluses of the ummah went into consumerism, while significant high net-worth investments went to purchasing ostentatious luxury assets. Today with the problems and challenges in the West, and increasing awareness of the ills of consumerism, some of this capital is now looking for new avenues to flow to.

At the same time, the Muslim population globally is generally concentrated in fast-developing low-income countries and emerging nations. Turkey, Indonesia, Pakistan, Kazakhstan and a number of other Muslim-majority countries are among the most promising growth economies today. Beyond specific countries, the Muslim population, in general, is young and with a large emerging lower-middle segment.

The next few decades is likely to bring a period of strong and sustained growth in the global Muslim community despite geo-economic challenges and internal growing pains. This will bring an abundance of opportunities for Islamic investment and financing, as well as create wealth which must be channeled to developing and uplifting the lower strata of the diverse Muslim population.

Crowdfunding can and should be prioritised and supported to facilitate ecosystems investment and charity that move funds effectively and transparently to companies, projects, charity and people. 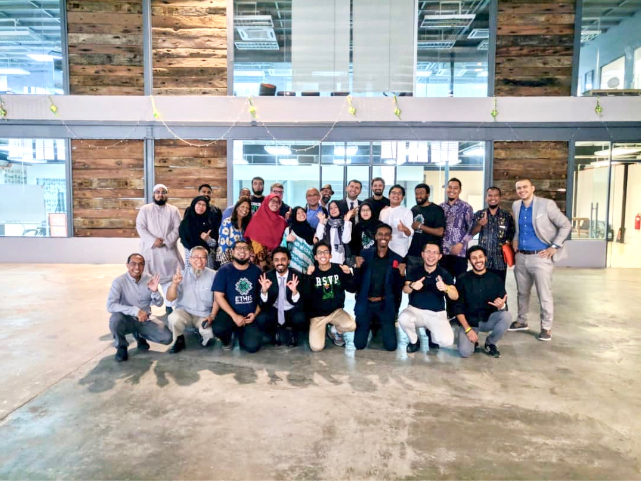 How will Crowdfunding attempt to bring about such change? I believe it’s all about how people are empowered to funnel and channel personal, community and institutional funds to a wide range of alternative investments and altruistic activities.

Good credible platforms that source and screen high-impact, high-value and niche-appeal deals for the crowd will attract more and more funds. As Crowdfunding starts to grow and fulfil the needs of both sides of the funding marketplace, I expect a period of maturity and correction, similar to what happened in China for th epast few years. In a yet to be fully regulated or understood sector like crowdfunding, there will be good platforms and bad ones especially during the fast-growth or rapid-adoption phase. The sector will move past these teething pains swiftly, as society starts to appreciate and embrace the opportunities new global funding flows bring. Together with e-commerce, and driven by the development of cross-border payments, crowdfunding will empower direct funding flows from contributors to receivers, with the plethora of benefits to contributors allowing for a wide and potentially endless array of campaign types, from investing in small rural farms to giving zakat to help pay off student loans. I believe in the next 5 years the Muslim world will experience a re-set of a large chunk of real-world project and charity financing.

Imagine a world where Zakat and Sadaqah are given directly to the most needy, most impactful or most popular causes and movements. You just go online, browse the open campaigns, and choose one or many to give to. This can also be automated, and simple artificial intelligence can help you make the most informed choices, or make it for you. Imagine getting videos and updates on the good you’ve circulated around the world, or the profit you made from helping low-income families own their first homes.

Individual platforms, groups of platforms working together, and even crowdfunding aggregators will create small ecosystems online to facilitate funding flows, many of which are new flows that create new impact. Money moves based on need, merit, or the giver’s preferences in a transparent and accountable environment that over time develops trust and relationships online. Crowdfunding is indeed an unprecedented opportunity for the Muslim world to revive and rebuild our communities through circulating good, and for humanity at large to come together and provide participatory and responsible finance to the world, inshaAllah.