G20’s strong management team has more than 15 years of experience in managing outsource agencies and events. G20 branches are spread across the major cities of Indonesia at the client’s request.

Established by the Dutch Indies Government in 1817 as NV Chemicalien Handle Rathkamp & Co, Kimia Farma is the first pharmaceutical company in Indonesia.

The company later became PNF Bhinneka Kimia Farma following the merger of several pharmaceutical companies in 1958 by the government of the Republic of Indonesia based on the policy of nationalization of ex Dutch companies during the beginning of the independence period.

On 16 August 1971, PNF changed its status as a legal entity into a Limited Liability Company. This also changed the company’s name to PT Kimia Farma (Persero).

Today, Kimia Farma is a leading integrated health service in Indonesia. It is known for its heavy involvement in developing the country, particularly in aiding the health of many Indonesian communities. 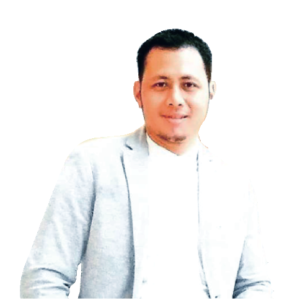 Investments made in other currencies will be converted to Indonesia Rupiah (IDR) for project use. Investors may incur fx (currency) losses if there is a depreciation in the IDR to their own currency.

There is no fx guarantee or currency hedging done for investors. A higher projected ROI has been agreed upon with the project company to account for this.

There is a risk that trained employees either cancel or are unable to work at the site.

G20 has a lot of worker substitutions to replace these workers.

G20 will issue the invoice to Kimia Farma after the work order is completed. Kimia Farma will make payment to G20’s bank account, which Ethis will have access.

Upon receiving the payment, G20 will pay the investors their capital and profit (if any) and the Musharakah partnership will be dissolved.

This investment opportunity is based on a
first come first serve basis. Your investment is secured only after your transfer-proof has been received. A pledge is merely an interest to invest and does not guarantee you a slot in this investment.

In the event of non-performance or default by the project owner, Ethis will initiate a recovery process and handle the initial administrative steps. Should there be a need to pursue further action, investors will need to agree to and bear any additional costs incurred.

Invest SGD 20,000 or more in this project and enjoy higher net returns
Confirm

Zakat Simplified: A guide for your zakat calculations